Unleashing the Bond Between K9s and Their Masters

Fallujah, Iraq, went down in history as one of the bloodiest battle sites in the US-Iraq War in the early 2000s. Amidst the countless lives taken on both sides and the massive destruction that turned the place into rubble, one young marine, then only 18, saw a beacon of hope — four-legged, furry creatures sniffing about in search of bombs. “I’ve seen the bomb dogs finding IEDs (improvised explosive devices), which saved my life and fellow Marines’ lives,” recalled Nick White, owner of Off-Leash K9 Training in a Yahoo! Special feature. “That’s what really got me to think that dogs do so much more things than most common pet owners believe they can do.” 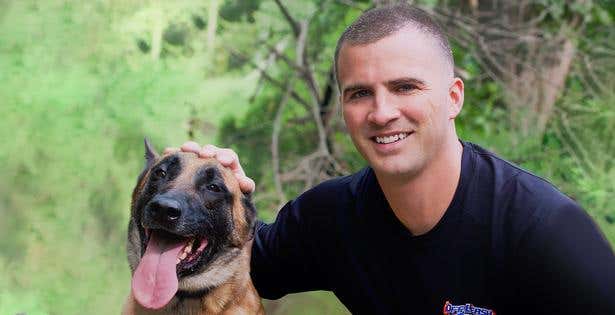 To show that the company’s claim of 100% guaranteed results is true, Nick turned to videos demonstrating how different ages, sizes and breeds of dogs behave before and after the training. One of these videos now embedded on offleashk9training.com and on YouTube, was made by a freelancer he hired on Freelancer.com.

“A friend told me about Freelancer.com and found Aabeeroy from India to create the video,” he shared. “Within five days, I had an amazing video that completely blew my other two professionally made videos out of the water. Aabeeroy did it in half the time, half the money, and the video looks four times as good!” The professionally done videos cost him US$1,500; whereas, the one done via Freelancer was only US$750.

The video was well-received by his clients because it highlights all the available training programs. “It generates more revenue because it’s the FIRST thing people see when they go to our website and they can see all the trainings we offer,” he explained. “This leads them to purchase more training programs versus ‘just’ our obedience program.” On its first year, the company earned US$38,000 and in 2014, it grossed US$1.3 million. The company is on its fifth year of operations, with 42 locations in the United States.

For Nick, dog training isn’t a business; it’s his passion. “I had a dog growing up called Deputy, a German Shepherd, and I loved teaching him tricks. During my government service I realized that training and working with dogs full-time was my calling.”

Creating a company and becoming a Boss isn't easy, this article is for you!

Getting Actors Primed for a Performance