Poppies are from Pluto 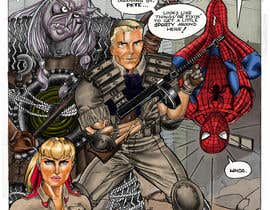 A Trilogy about interdimensional travel, that also looks at the alchemical changes of characters, from thugs to Theosophists, over the three large books.
It begins life in the confines of a British prison, and the characters are in living in a closed society where a drug called fish, has become a major problem. but less than 1% of the population can even imagine the true effects this drug is having on certain prisoners.
An elite band of extraterrestrial scientists have bought the penal system in the UK, and are testing strain F175 of Fish, a new strain, that, when giving to certain prisoners, causes them to travel between dimensions.
A renegade, Ex-Job, Called D.I. Kid Cace, is trying to get these prisoners out of the jails, by any means possible, so they can fight for humanities future. by finding The Missing Elements, lost to time, over the 3 dimensions of Earth. The Future of the human race is indeed in the hands of a few men and women, who are not the sort of people you would invite home for dinner. But, compared to the lizard-like Pindarians, who have had humanity in servitude for 12,621 years, they are the favoured choice, believe me.

Top entries from this contest

How to get started with contests