How to make a mobile game

Always dreamed of building your very own mobile game? We'll show you how to do it, what to keep in mind and how to make some sweet money from it.
7 minute read

Mobile games are a massive business, and fortunes have been made by savvy game developers. If you'd like to join their ranks, there are a few steps you need to follow.

First, though, let's take a look at the size of the opportunity mobile games represent.

Mobile gaming by the numbers 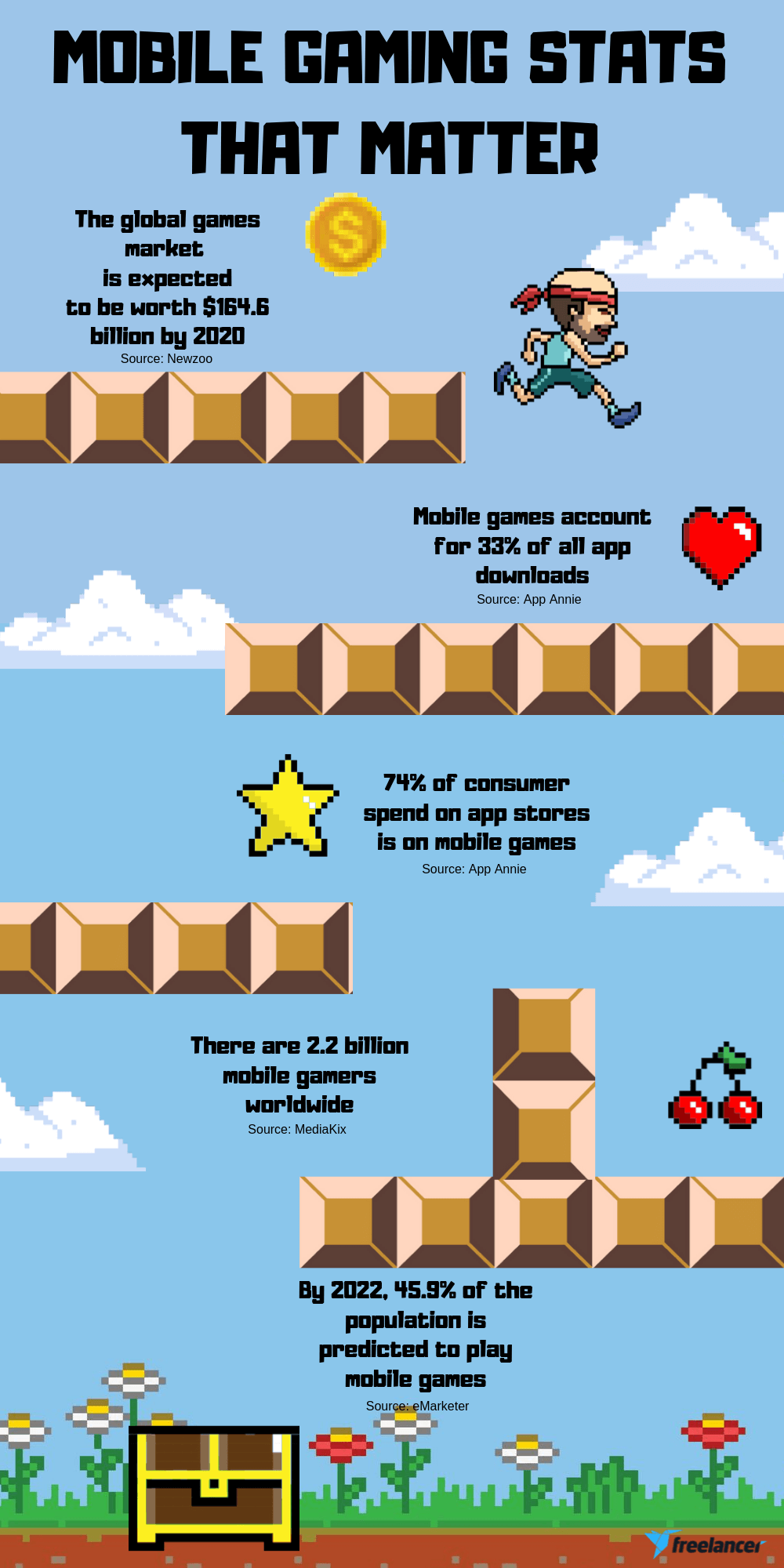 It's pretty clear there's money to be made from a well-crafted mobile game. But to succeed, you're going to need to rise above a crowd of competitors. How will you do that? By following these steps:

1. Coming up with an idea for your mobile game

A mobile game has to start with an idea. Now, this may sound odd, so hear us out: this idea doesn't have to be particularly original to succeed.

The most popular genres of mobile games

Let's take a look at the most popular genres of mobile games. 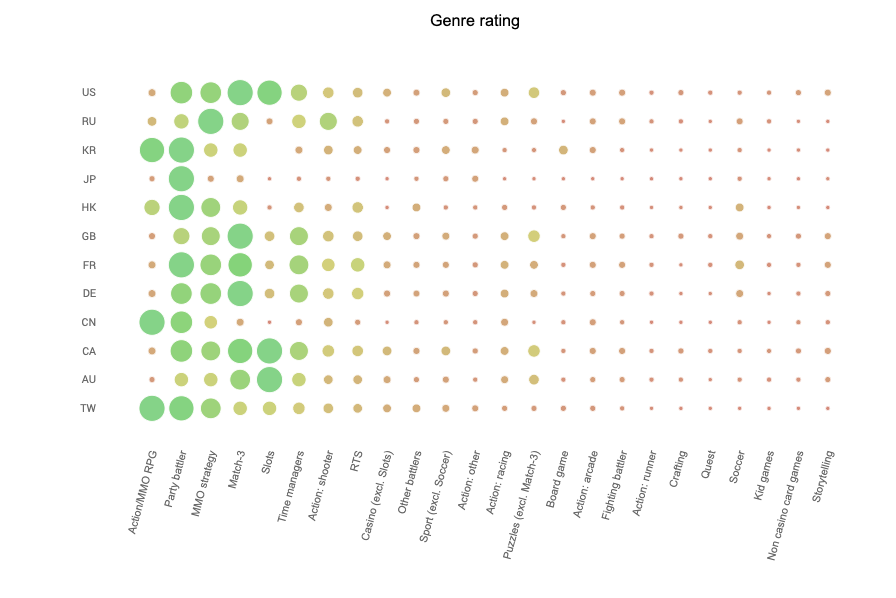 These vary by country, but there are a few genres that seem to have universal appeal.

Note that two of the most popular categories aren't incredibly open-ended genres like Action/Adventure or Quest. They're straightforward formulas: Party Battlers like Pokemon Go and Match-3s like Candy Crush. They're old models that talented developers have put new spins on.

For the most part, mobile games seem to succeed for a few reasons:

Hyper-casual gaming is a growing trend. According to ironSource, hyper-casual mobile games have brought around 101 million new gamers into the market. These are games that users can play on the train, the bus or during short breaks. They're instant "tap-to-play" games that don't involve a lot of time commitment. And they're dominating the market.

The best mobile gaming apps keep users coming back multiple times a day. Either they inform users of new developments and create a sense of urgency through push notifications, or they're an easy and absentminded use of idle time.

They're challenging, but not impossible

To keep users coming back, a mobile game has to be hard enough to give them a sense of accomplishment for winning, but achievable enough so as not to see them quit from frustration.

They have a unique visual style

Consider a game like Candy Crush. There were plenty of Match-3 games before it, and there have been countless new ones in its wake. But what sets Candy Crush apart is its whimsical visual style. This doesn't mean your game needs complicated graphics. Even 8-bit pixel art can be visually striking. But it needs a visual style that makes it instantly recognizable.

Now, obviously there are exceptions to the points above. Games like "Dead Cells," "Five Nights at Freddy's" and "The Room" series have sophisticated graphics and complex gameplay. But if you're looking to break into mobile game development for the first time, we highly recommend you keep it simple.

Once you've got an idea for the type of mobile game you want to make, you'll want to outline exactly how your game will flow for the user. Think about how the gameplay mechanics will work. Think about how players will progress through the game. Above all, tell a story, even if it's a simple story.

2. Decide on your mobile platform

Once you've got an idea you'll need to think about the platform you want to release it on. Let's weigh up your options.

Apple's App Store is a competitive platform. Remember the 1.1 million games we said launched on the store over the course of 2018? There are currently just under 300,000 games available on the platform, as per Statista.

What this means is that the App Store does a good job of elevating the best products while culling low quality games. Part of this is the App Store's rigorous approval process, and part of it is the market itself weeding out lower quality games.

One benefit of developing your game for iOS is that your game can be developed with a specific device in mind. Since iOS only runs on iPhones, it limits the screen sizes and resolutions you have to account for during development.

Android mobile games tend to be easier to develop, with Google offering a range of open-source tools. Approval is also much easier.

Another benefit of developing a game for Android is the operating system's reach. Android users account for 76.23% of the mobile market, according to Statscounter.

One of the major drawbacks of developing a game for Android is what's known as device fragmentation. Because Android is an open-source operating system, it runs on a range of devices. This means you'll have to take into account literally thousands of different devices with different screen sizes and resolutions.

Android users are also notoriously slow to update to newer operating system releases, which can make updating your app tricky. It means you'll have to make sure your game works across a wide range of Android OS releases as well as devices.

Both iOS and Android

Of course, the best strategy is to release your game on both iOS and Android. While this might seem like a difficult task given the different coding languages and device specifications involved, some app development platforms allow you to develop for both platforms simultaneously.

Unless you're well-versed in coding, you'll want to get a mobile game developer involved to see your vision through to reality.

A good mobile app developer can help you flesh out your ideas and build them into a working mobile game. So how do you choose the right developer?

How to choose a mobile game developer

Next, you'll need to determine the range of services offered by your developer. Can they design the UI and UX of your mobile game as well as the back end? Can they developer your game for both Android and iOS? Make sure your developer's skills suit your needs.

Finally, you'll want to make sure you choose a developer who fits your timeframe and budget. A good developer will be straightforward about the time involved in each step of the process.

If you've never hired a mobile game developer before, you may not have any context for your budget. The price you pay will depend on the complexity of your mobile game, but the average mobile app development project on Freelancer is completed for about $543 USD.

4. Figure out how to monetize your mobile game app

In the process of development, you'll also need to figure out how to monetize your mobile app. After all, mobile games are a $164 billion industry, and you want some of that sweet, sweet cash to be yours.

There are several options for monetizing your app, but here are the most common:

The paid app is a pretty obvious model for making money. Simply attach a price to your app and charge users to download it. The upside, of course, is immediate revenue. The downside is that charging for your app throws up a barrier to users.

One elegant way around this is to offer a portion of your app for free, and then allow users to pay to download the full version. This way you can entice users who are hesitant to splash their hard-earned cash on an unproven game.

There are a variety of platforms that allow you to embed streaming ads in your gaming app. These ads usually appear between screens or levels, and you're paid based upon the number of ad impressions your app generates (in other words, how many people watch the advertisements).

The downside of this model is that it can be extremely off-putting to users. Stuff your game full of too many ads and you can easily alienate would-be players. However, an eMarketer poll found 82% of respondents said they prefer ad-supported apps over ad-free paid apps. Also, there are a couple of ways around over-burdening users with ads.

First, you can offer a premium ad-free version of your app for an upgrade cost. This allows you to capitalize both on the embedded advertising and paid app models.

Alternatively, you could offer players in-game currency, incentives and upgrades for watching ads. In fact, a 2018 poll from eMarketer found 74% of US adults said they were likely or very likely to watch a video ad if it earned them in-app content.

In-app purchases are one of the most common and most successful mobile game monetization strategies. This strategy involves offering your game for free, but offering paid in-game content such as in-game currency, characters, skills, weapons or upgrades.

This is a proven monetization model. In fact, according to TechCrunch, 95% of consumer spending on mobile gaming in 2018 was through in-app purchases.

In-app purchases are a savvy strategy, but you'll also need to walk a fine line. You need to ensure that your game is still enjoyable and — more importantly — achievable for free players.

Regardless of the monetization strategy you choose, your success or failure will depend not only on the quality of your mobile game, but on your ability to get it in front of users. This is going to require some marketing efforts. Fortunately, we've created a complete guide on marketing your mobile app.

And once your game is built, deployed on app stores and grabbing the attention of gamers worldwide, you can focus on your next objective: building more amazing mobile games. 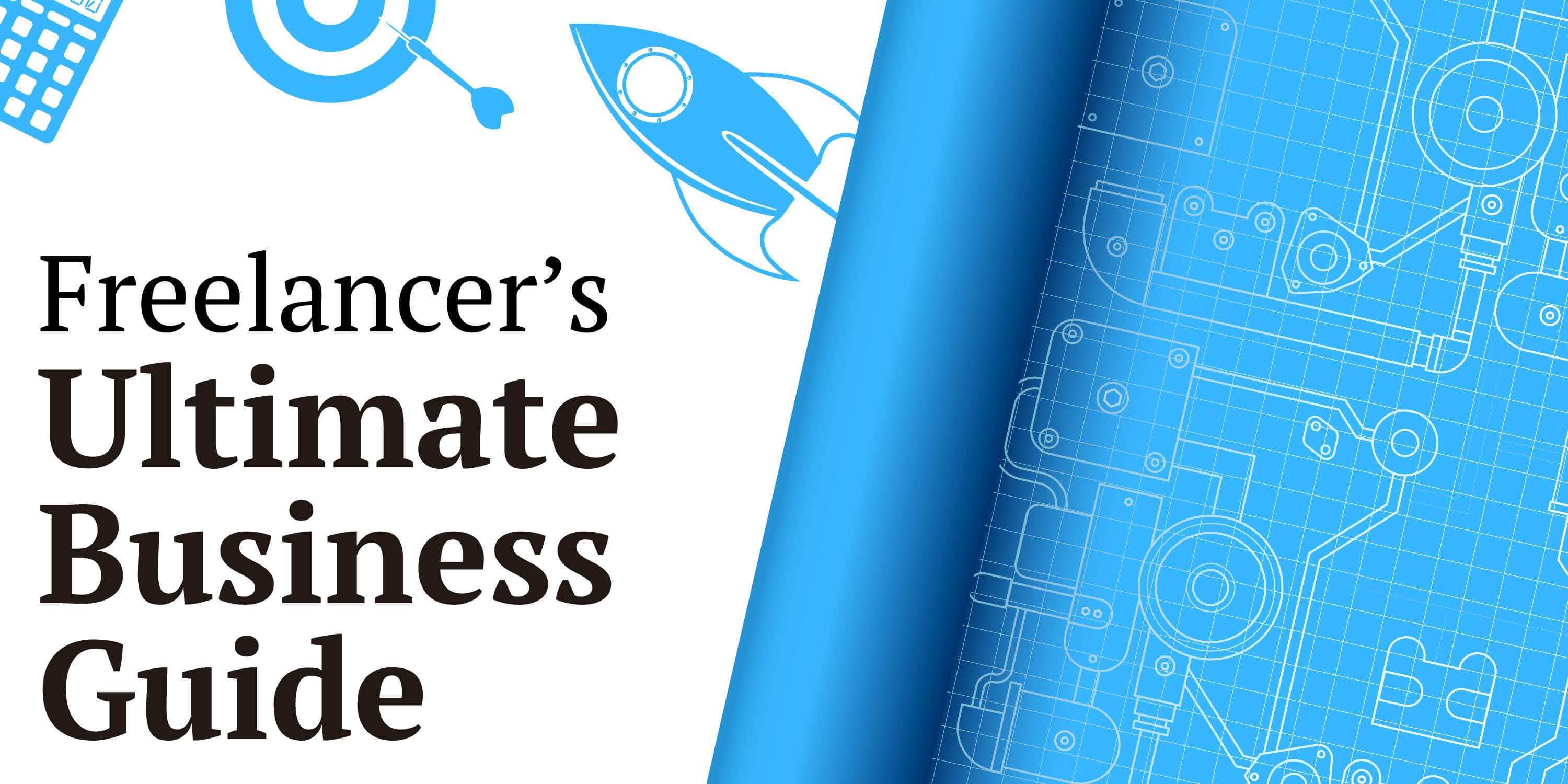 How to come up with a great business idea
Struggling to come up with the best idea? Our exhaustive guide runs through the idea generation process to help you tap into your inner Steve Jobs.
10 MIN READ 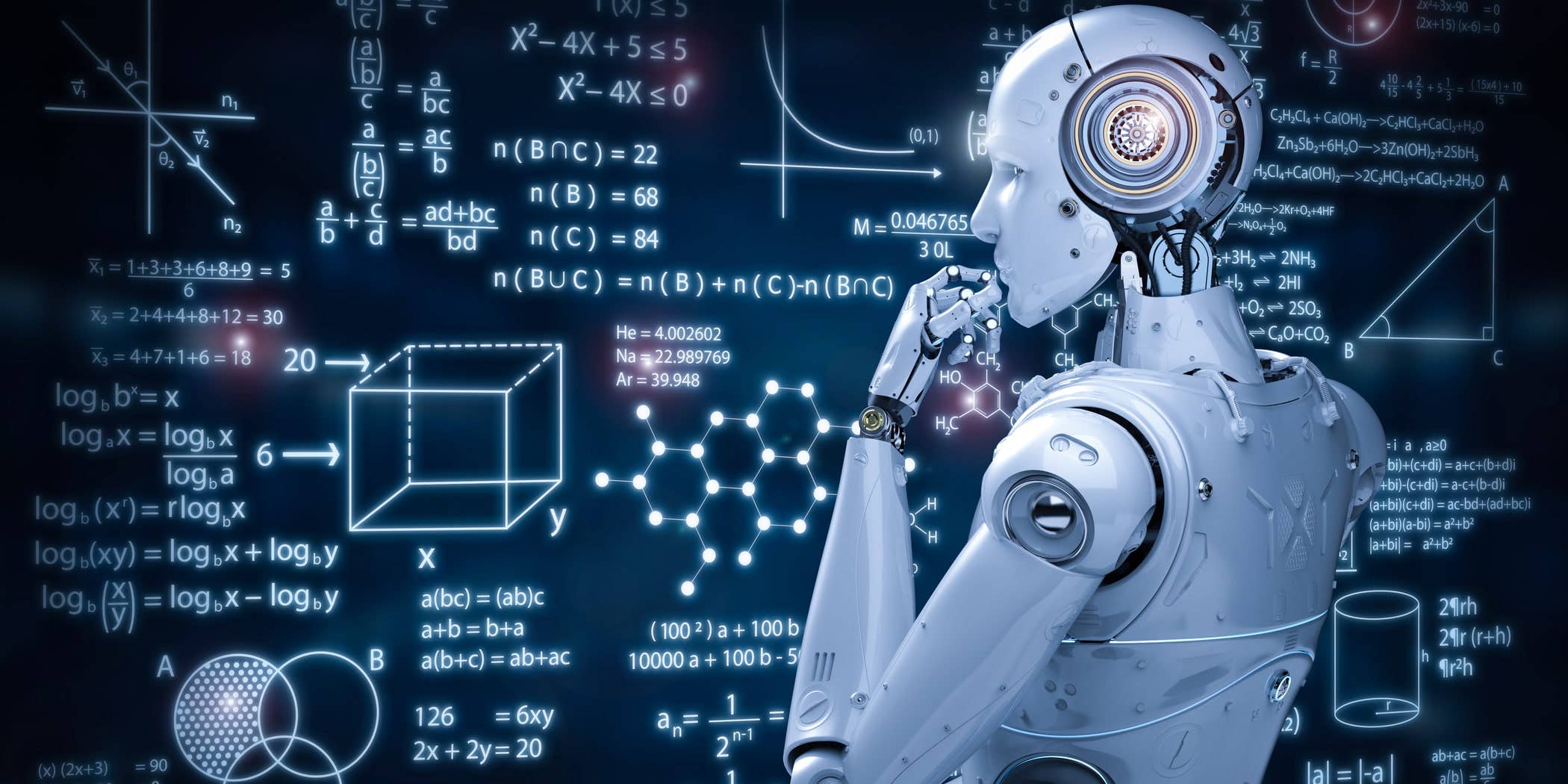 The top machine learning skills you need
Machine learning is exploding in popularity so it's important to understand how this technology can be applied to your business. We've broken it down.
6 MIN READ

What type of software should you develop?
If you're a developer with itchy coding fingers, but not sure which type of software you should develop, this post will give you some direction.
5 MIN READ