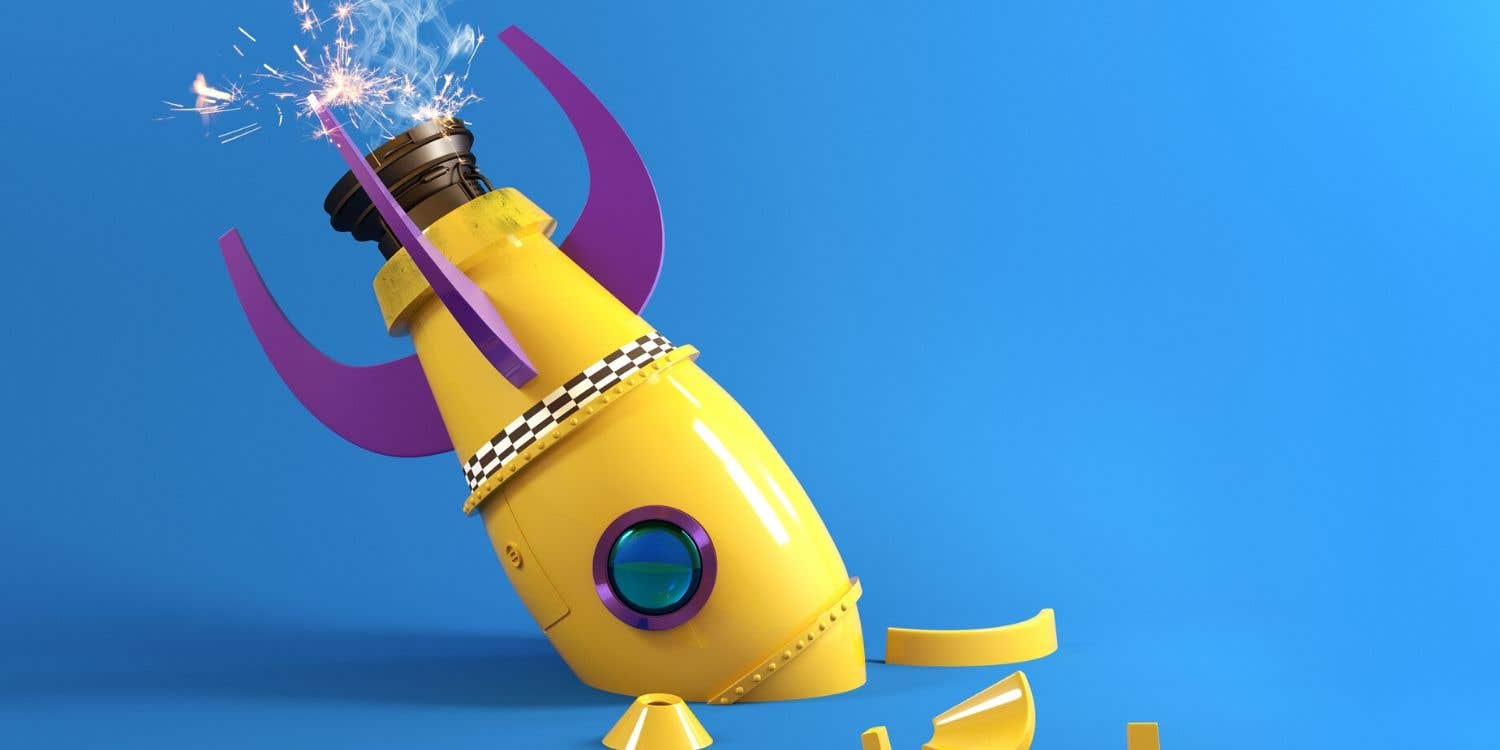 In honor of Tesla's Cybetruck and its less-than-indestructible windows, here are 5 more embarrassing live demos

Elon Musk was left with egg on his face recently when his live debut of Tesla’s Cybertruck didn’t go to plan.

While touting the electric vehicle’s bulletproof glass, Musk invited someone on stage to throw a small metal ball at the Cybertruck’s side window. To Musk’s shock, the glass shattered. Undaunted, Musk tried again with the vehicle’s rear window, only to have it shatter as well.

"Oh my f—-king god," Musk muttered, in a moment we can all relate to.

Musk may have had the last laugh, with Cybertruck pre-orders topping 250,000 in just five days. But the live event joined the annals of disastrous live product demonstrations. Here are a few more notable product launch fails, some of which make the Cybertruck’s unveiling look like a roaring success by comparison. Enjoy a bit of schadenfreude, but take a lesson for your own product launch.

If the Honda ASIMO is any indication, the robot uprising may still be a few decades away. The bipedal robot is meant to mimic human movement, but when it made its live debut, a simple set of stairs proved to be its Waterloo.

The best part of this video is that Honda’s team desperately tries to hide their robot’s shame by pulling a curtain in front of it. The only thing this accomplished is reminding the audience there was an ineffectually flailing robot lying prostrate behind the curtain.

2. Bill Gates gets the blue screen of death

These days, tech events are live-streamed and tweeted in real-time, so your tech demo fail reaches global proportions the moment it happens. While our tech forebears may not have had to contend with that, Microsoft founder Bill Gates had the bad fortune of his Windows 98 demo being broadcast live on CNN.

While presenting at now-defunct tech conference Comdex, Microsoft’s Chris Capossela joined Gates on stage to demonstrate the plug-and-play capabilities of the new operating system. But when Capossela plugged a scanner into the Windows 98 PC, he was greeted with the dreaded blue screen of death.

To Gates’ credit, he managed to salvage the moment with a quick-witted rejoinder: "That must be why we’re not shipping Windows 98 yet." Well played, Bill.

3. Waterproof phone is anything but

At 2010’s CES, mobile phone manufacturer Sonin demonstrated its "basically unbreakable" phone. The company's CEO claimed the phone could withstand a 10-storey drop, be submerged under 20 feet of water for half an hour and even be used to hammer a nail.

It turns out that British tech journalists were the phone’s one Achilles heel. BBC reporter Dan Simmons made short work of the phone on live television, bashing it against the side of an aquarium a few times and cracking the mobile’s screen. One takeaway here is that the Sonin didn't quite live up to its CEO's hype. The other takeaway? Don’t &$*# with Dan Simmons.

The demonstration started off bad and got worse as a Microsoft employee dictated "Dear mom," and Vista’s speech recognition typed "Dear aunt," instead. As the employee desperately tried to rein in the rogue API with calls of "fix 'aunt'," "delete that," and "select all," Vista went further off the rails, eventually typing the cryptic message: "Dear aunt, let’s set so double the killer delete select all." Either Vista’s voice recognition was far from ready for demonstration, or it was haunted by the ghost of James Joyce.

Poor Microsoft. Live demos are always a nerve-wracking proposition, but Microsoft seems to have chalked up more than its fair share of demo disasters. When the company debuted its Surface tablet in 2012, the product decided to turn itself into an expensive brick midway through Windows president Steven Sinofsky's presentation.

Worse yet, the rising panic in Sinofsky’s voice is palpable as he desperately punches the home button to try to bring the rogue device into line. He gamely continues extolling Surface’s features as his device staunchly refuses to demonstrate a single one of them. Watch the video, if you can. Be warned, though. It quickly ascends to levels of awkwardness Larry David could only dream of creating.

If you’re developing a product, there are going to be moments it doesn’t work as planned. But, these live demo fails should reinforce to you the necessity of end-to-end testing before you ship any features. Test, test and test again to find bugs before you ship them to customers.

Yes, it’s important to go to market quickly with an MVP. And, yes, there are times to move fast and break things. But your product launch is your first impression to your potential customers. Spend the time to test and iron out the kinks, or risk ending up a viral video on a list like this.

What a venture capitalist looks for in a startup pitch
We spoke to the managing partner of a VC firm about the sort of startup pitches that grab investors' attention. Here's what he said.
3 MIN READ

5 big startup industries for 2020
The climate for startups has been red hot in 2019, and these five industries are shaping up to be huge in 2020.
5 MIN READ